I have a confession to make: I’m addicted to celebrity memoir audiobooks.

There’s nothing juicier than a celebrity memoir. You get to go behind the scenes of your favourite movies and television shows to learn who’s nice in real life and who’s secretly a total monster. You get to hear all about celebs’ love lives, even the gossipy details People Magazine leaves out. And when you listen to the audiobook version, the celebrity tells you all these details in their familiar voice.

It doesn’t feel like reading a book – it’s more like hearing a personal story from a friend.

Whenever I go for a long walk, I always make sure to download an audiobook from Overdrive beforehand so I have someone to walk with. I prefer light-hearted, quirky audiobooks by comedians and other funny famous people. A boring old walk around the neighbourhood can be a thoroughly entertaining experience when Anna Kendrick or Retta or Mindy Kaling are telling me amusing stories.

If you’re interested in visiting with a celebrity for an afternoon, download one of these delightful audiobooks to your phone or tablet: 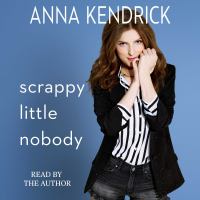 Scrappy Little Nobody by Anna Kendrick: You probably know Anna Kendrick from “Pitch Perfect” or her Oscar-nominated role in “Up in the Air,” but did you know she’s extremely funny in real life? Whether she’s describing her childhood on Broadway, red carpet mishaps, or awkward sexual encounters, she kept me laughing the entire way through this book. Her deadpan delivery on the audiobook version makes for a perfect celeb audio-memoir. 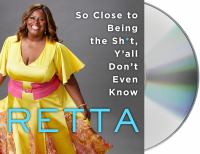 So Close to Being the Sh*t, Y’all Don’t Even Know by Retta: Retta is a stand-up comedian and star of the NBC comedy-drama “Good Girls,” but most people will probably remember her as Donna ‘treat yo self’ Meagle on “Parks and Recreation.” Her memoir is utterly funny and relatable. Highlights include encounters with Hollywood royalty at the Golden Globes (while black-out drunk), becoming an LA Kings superfan without a functional understanding of the rules of hockey, and obsessing over the Broadway musical “Hamilton.” “Parks” fans will especially enjoy her recollections of her time on the show. 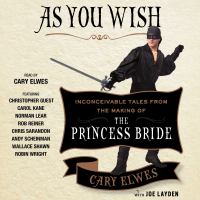 As You Wish by Cary Elwes: Fans of “The Princess Bride” do not want to miss Cary Elwes’ delightful memoir of filming the classic 1987 fantasy-comedy. From drinking with Andre the Giant to filming the best swordfight scene of all time, his warm recollections are fascinating. As an added bonus, many of his co-stars appear on the audiobook to share their own memories, including Christopher Guest, Carol Kane, Wallace Shawn, Chris Sarandon, and Robin Wright. 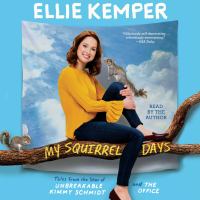 My Squirrel Days by Ellie Kemper: As a sitcom actress (“The Office,” “Unbreakable Kimmy Schmidt”), Ellie Kemper considers it her duty to release a quirky memoir. She comes across as just as charming and relentlessly cheerful as her “Kimmy Schmidt” character. Anecdotes include attempting to befriend wild squirrels as a warm-up to becoming the next Dian Fossey, frightening Ricky Gervais at an awards show, literally taking the shirt off Joan Cusack’s back, and the one time she lost her temper in public. There aren’t a lot of lessons to be learned from this book, but it’s bound to make you chuckle. 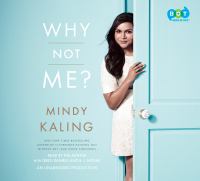 Why Not Me? By Mindy Kaling: Writer/producer/actress Mindy Kaling is a total gem and her writing is both insightful and laugh-out-loud funny. Highlights include her experience rushing a sorority, her time as a writer on “The Office,” and a romcom daydream about an alternate life as a Latin teacher. Her first book, Is Everyone Hanging Out Without Me? (and Other Concerns) is also worth a listen, but I’m recommending this one because this is where she spills the details about her “weird as hell” relationship with writer/actor B.J. Novak.