Get Your Greek On!

Are you OBSESSED with Greek Mythology? Have you spent HOURS poring over the genealogies of the Olympians?

With so many great recent books, movies, video games, and theatre based on Greek myths, now is a great time to be a Greek mythology geek. 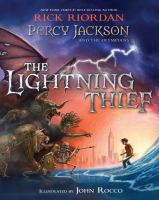 If you’d like to brush up on your mythology, browse our nonfiction materials about the Greek gods. You might particularly enjoy Emily Wilson’s translation of The Odyssey, which made waves when it was released in 2017 for its fresh take and simple, elegant language (it’s even written in iambic pentameter!). It’s also the first English translation of the poem by a woman.

Fiction fans, don’t despair – Idea Exchange also has a wide range of novels based on the dramas of the Olympians. Fiction offers a unique opportunity to reimagine minor mythological characters who didn’t get much attention in the original myths, something at which author Madeline Miller is making a name for herself. Her latest novel, Circe, amalgamates many of the myths surrounding the legendary witch who turned Odysseus’s men into swine. Other authors prefer to put a modern twist on classic myths, such as in Rick Riordan’s Percy Jackson series about a school for demigods. Mythology fans young and old will love the new deluxe illustrated edition of the first Percy Jackson book, The Lightning Thief.

Greek mythology is also a frequent muse for Hollywood. From Wrath of the Titans to Hercules to Immortals, there’s no shortage of Olympians on the silver screen. Even Wonder Woman, DC’s best superhero movie to date, features members of the Greek pantheon, such as Ares the god of war. Keep an eye out for the sequel, Wonder Woman 1984, coming to cinemas November 2019.

Gamers everywhere adore the God of War series about Kratos, a Spartan soldier who becomes the titular God of War after killing Ares. In the latest installment, 2018’s God of War (for PS4), Greek meets Norse mythology as Kratos and his son venture into the realms of the Norse gods.

Broadway has had its fair share of musicals based on Greek mythology (My Fair Lady, anyone?). In April 2019, folk musician Anais Mitchell’s long-awaited musical Hadestown, based on the myth of Orpheus and Eurydice, will be the next Greek myth to hit the Great White Way. A live album has already been released, and you can preview some of the songs on Anais Mitchell’s YouTube channel.

The Ancient Greek period may have ended over two millennia ago, but the stories continue to live on in new and interesting ways. Come into Idea Exchange to get your Greek on!