National Indigenous History Month is a celebration of Indigenous stories, perspectives, and contributions that are a foundation of our communities. This month is dedicated to reminding us to learn from Indigenous voices on all topics, including history, culture, and identity.

We encourage you to explore some of the titles below or browse Good Minds, an Indigenous owned and operated  publisher and online bookstore. There is tremendous value in knowing these stories and we all have a responsibility to learn about the impact of the Residential School System and the Indian Act so we can build a better future for everyone.

From Bear Rock Mountain : the life and times of a Dene residential school survivor – Antoine Mountain

Antoine Mountain recalls growing up Dene in the Northwest Territories, the trauma of attending three different residential schools, becoming an activist in the Indian Brotherhood of the NWT, and his experience as a father and recovering from addiction.

From the ashes : my story of being Métis, homeless, and finding my way – Jesse Thistle

In this memoir, Jesse Thistle who is a Métis-Cree man writes about his painful past which included homelessness, addiction, and abuse. He also discusses how he found out the truth about his parents.

21 things you may not know about the Indian Act : helping Canadians make reconciliation with Indigenous Peoples a reality – Robert Joseph

A guide to understanding the Indian Act and its impact on generations of Indigenous Peoples, as well as an examination of how Indigenous Peoples can return to self-government, self-determination, and self-reliance. 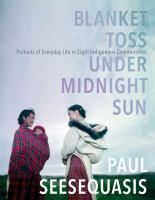 A collection of archival photographs and stories showing the everyday life in eight Indigenous communities from across North America from the 1920s through the 1970s.

The author, a writer and a community helper, explains the impact of colonization on America's indigenous peoples and shows how Indigenous ways of healing can provide a solution.

One drum : stories and ceremonies for a planet  - Richard Wagamese

A collection of four ceremonies inspired by the foundational teachings of Ojibway tradition and designed to help people heal themselves and connect to the world around them.

A collection of narratives by and about Indigenous Toronto, past, present, and future. Contributors include indigenous writers, poets, playwrights, chiefs, journalists, and academics.

All our relations : finding the path forward – Tanya Talaga

Author Tanya Talaga explores the rise of youth suicide in Indigenous communities in Canada and beyond.  Broadcast in 2018 as part of CBC Radio's Ideas series.  Includes bibliographical references and Internet addresses.

When a Métis woman sees a possible, crime she telephones the police. Told from the perspectives of various people connected to this violence in a Metis community, we hear their stories leading up to that fateful night.

16 year-old Jared can't count on his mom to stay sober, rely on his dad to pay the bills for his new wife and step-daughter, or understand why his grandmother says he's the son of a trickster, that he isn't human.

Frenchie and his companions struggle to survive after the world is nearly destroyed by global warming and the Indigenous people of North America become hunted because they are the only people who have retained the ability to dream and that their bone marrow can provide a cure.

After having predicted the future in ways that helped the rich and powerful, Jeremiah Camp decides to hide out from the world at an old residential school in a small reserve town. His powerful former employer eventually finds him and wants one more prediction after the billionaires on a list that Camp had created begin dying.

A matter of conscience – James Bartleman

When Brenda, an Indigenous woman, meets and falls for Greg, a man claiming to be Métis, she has no way of knowing that he's lying about his heritage - and is doing so as a means of dealing with his involvement in the murder of a residential school student as a teenager. 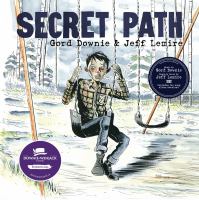 Gord Downie's lyrics and Jeff Lemire's illustrations tell the story of twelve-year-old Chanie "Charlie" Wenjack, who died on October 22, 1966, after running away from the Cecilia Jeffrey Indian Residential School and attempting to make his way back to his home, more than 600 km away.

Moon of the crusted snow : a novel Waubgeshig Rice

With winter looming, a small northern Anishinaabe community is cut off from power. Winter months pass slowly and food supple dwindles, but the greatest threat to survival comes from within the community itself.

As he goes through the motions of preparing to return home, Jonny Appleseed, a young Two-Spirit/Indigiqueer, learns how to put together the pieces of his life. A unique, shattering vision of Indigenous life, full of grit, glitter, and dreams.