People tend to celebrate St. Patrick’s Day with parades, shamrocks and too much green beer. However, for a more authentic Irish experience this March 17th, consider discovering the brilliance, pathos and wit of writers from the Emerald Isle. For an island with a relatively small population, Ireland boasts an outsized number of winners of the Nobel Prize for Literature (4 in total!), as well as many literary trailblazers and beloved bestselling authors.

Irish authors such as Jonathan Swift, Oscar Wilde and Bram Stoker have produced some of the most distinctive works of literature in English. Classic works by these writers such as Gulliver’s Travels, The Picture of Dorian Gray and Dracula have received numerous film adaptations. In my opinion, none of the movies have really lived up to the brilliance of the original novels and some adaptations (like the cringe-worthy version of Gulliver’s Travels starring Jack Black) are downright silly. These are definitely cases where the books are better than the movies.

James Joyce is an author whose name is practically synonymous with Irish literary excellence. Consider starting with his more accessible, early works such as Dubliners or The Portrait of an Artist as Young Man to discover Joyce’s amazing ability describe the workings of his characters’ minds and his natural gift for wordplay. Joyce’s modernist masterpiece, Ulysses, takes serious dedication (reading the footnotes is practically mandatory) but its beauty and influence are undeniable. 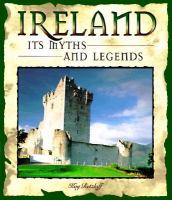 Finally, for a touch of Celtic magic, you can’t go wrong with the folklore and mythology of Ireland, which goes far beyond the stereotypical leprechauns depicted on cereal boxes and in logos for college sports teams. Consider the fetch, an ominous spectral double of a living human, or the selkie, a legendary being who appears as human on land and seal in the sea. There is even the legendary Salmon of Knowledge, who holds all the world’s wisdom within its finny form and will grant this knowledge to whomever catches and eats it.

Regardless of how you celebrate St. Patrick’s Day, it’s good craic to check out an Irish book to go with your green shirt or pint of Guinness. Even if you can’t hook the Salmon of Knowledge, chances are you’ll still learn something new and amazing.