It’s the season of the witch! From Netflix’s “Chilling Adventures of Sabrina” and “Always a Witch” to the CW’s revival of “Charmed,” there’s no shortage of modern witches on the small screen. Audiences love to watch these characters perfect their incantations and fight the forces of darkness while also balancing everyday concerns like high school and social media. 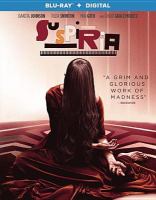 Read on for our favourite on-screen modern witches:

The best season of “American Horror Story” introduced us to the ladies of Miss Robichaux’s Academy, a school for the descendants of the Salem witches. This coven (including characters played by Jessica Lange, Sarah Paulson, Gabourey Sidibe, and Emma Roberts) is way too stacked to possibly pick a favourite witch.

In “Practical Magic,” wild child Gilly (Nicole Kidman) and her homebody sister Sally (Sandra Bullock) accidentally kill Gilly’s abusive boyfriend, Jimmy. Faced with his demonic spirit, as well as the handsome sheriff looking to arrest him, they must rely on their sisterly bond to make things right.

3. Bonnie Bennett from “The Vampire Diaries”

While most of the humans, vampires, and werewolves on the supernatural teen drama “The Vampire Diaries” are busy getting themselves into trouble, their beleaguered witch friend Bonnie (Kat Graham) is usually the one getting them out of it. A powerful descendant of the Salem witches, her magical journey is one of the series’ best character arcs.

2. Eliot and Margo from “The Magicians” (available from Idea Exchange)

The criminally underrated fantasy series “The Magicians” is bursting with excellent characters, and Eliot and Margo are easily the most lovable. Starting out as a couple of witty college students who only care about each other, they’ve developed into the tragic, beloved rulers of an entire magical kingdom. And they still have the best one-liners.

Over the course of the seven seasons “Buffy the Vampire Slayer” aired, Willow went from wallflower to villain to kick-ass witchy hero. A fan favourite, she also had a huge cultural impact as one half of one of American television’s first lesbian couples. While “Buffy” went off the air in 2003, Willow lives on in the official comic books.

Who are your favourite on-screen modern witches? Tell us in the comments below!