This month, the Teen Tastemakers are celebrating Canadian content for Canada Day! Keep reading for our favourite Canadian books, movies, and music: 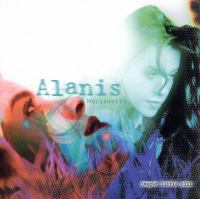 The Handmaid’s Tale by Margaret Atwood: This seminal feminist novel takes place in the not-so-distant future, where the United States is now a dystopian dictatorship seeking to control women and their reproductive rights. It’s a hard-hitting, powerful look at themes of fascism, theocracy, and gender equality.

Fifteen Dogs by André Alexis: This is a magical realist novella that follows the lives of the titular fifteen dogs after they are granted intelligence and language by the gods. It’s short and easy to read, but also an incredibly moving and poignant story about what it means to be human.

As a Canadian, I always like to check out Canadian-made movies, books, and music. To celebrate Canada Day, here are some of my favourites.

The Trotsky (2009): Jay Baruchel stars as Leon, a teenager living in Montreal who believes he’s the reincarnation of the famous communist leader Leon Trotsky. The film is lighthearted and fun, with a real revolutionary spirit.

Jagged Little Pill: One of the best albums of the 90s, Alanis Morissette lets loose with rage-filled alt rock on songs like You Oughta Know and Right Through You, but also has a sweeter side on tracks like Hand In My Pocket and Head Over Feet.

High School by Sara Quin and Tegan Quin: This memoir from legendary Canadian indie pop duo Tegan and Sara is really interesting. It follows them in high school, and their experiences as twins, starting their musical career, and finding themselves.

Join the Virtual Teen Tastemakers program at http://ideaexchange.readsquared.com/. Review books, complete missions, and join us on Zoom to earn points toward some great monthly prizes!