With winter break just around the corner, the Teen Tastemakers have chosen some of our favourite things to help you enjoy your downtime. Read on for our December recommendations:

Friendship is awesome. If you’re having a bad day, or need to talk to someone, your friends are always there for you. So, next time you’re in the mood to be cheered up, check out these films with friendships at the heart.

Clueless: The three main characters, Cher, Dionne, and Tai, might seem like they’re obsessed with boys and clothes, but look beyond the surface and you’ll find one of the nicest, sweetest, and most supportive friendships ever put to film.

Bend It Like Beckham: Jess and Jules are two best friends who hang out and play soccer together. Although they briefly fight over both being interested in the same guy, they are able to make up, play soccer, and work through their family issues together. 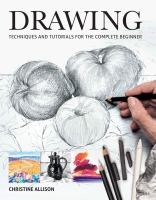 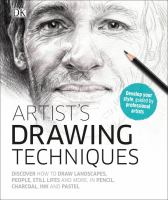 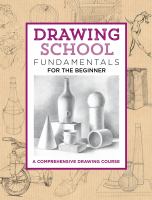 Drawing can be super fun, but also kind of (ahem, very) challenging at times! It’s great to draw for your own entertainment, and drawings can also make great gifts for your friends and family! Here are some tips to help you improve your art.

First of all, copy other people’s art. A lot of people do this, and it’s fine as long as you’re not taking credit for someone else’s idea! This is a great way to find your style, and will also help you get an idea of things like proportions and details.

Draw things based on photos. Whether you’re finding photos online or in your camera roll, it’s always great to have a reference for what you’re drawing!

Find tutorials, tips, and ideas in general on YouTube, and even at the library! The library has lots of books to help you improve your drawing skills.

As the decade draws to a close, we want to look back at all the strides we’ve made. That’s why I’ll be talking about my favourite TV shows that have aired this decade, and why you’ll want to consider checking them out.

Fargo: Continuing the world established in the 1996 movie, this show is unique in the fact that each season is set in a different time period, with different characters and a different plot. Whether you want to watch a man’s life be upended by a conversation with a hitman, a husband and wife struggling to escape the attention of the mafia after hitting a man with their car, or two brothers trying to gain control of a priceless stamp, the darkly witty Fargo has something for you.

Killing Eve: Another dark comedy, this thriller is about Eve, a bored M15 employee and Villanelle, the dangerous assassin she’s been tasked with finding. Killing Eve has everything to offer - stunning locations, beautiful costuming, intricate character relationships and a plot closely intertwined with the growing obsessive relationship between Eve and Villanelle.

Fleabag (Available on Amazon Prime): This TV show is ground-breaking in nearly every possible way. There’s the way the main character, played by Phoebe Waller-Bridge, the writer of the show, doesn’t actually have a name, and is only credited as Fleabag. There’s the way she talks to an imaginary audience to make every episode ultimately a performance. And there’s the way it flawlessly portrays a flawed woman simply trying to exist.

This month I have used a few apps that I have really enjoyed.

Firstly, Gimp is a free open source image editor. I have personally used it on both Windows & Linux and it is solid. It is very comparable to Adobe Photoshop but it costs nothing. If you are looking for a solid free photo editor I can highly recommend Gimp.

Secondly, if you are a Linux user, I highly recommend using KDE. KDE is a fantastic desktop environment that provides the user with a fast, easy to use, and heavily customizable desktop experience. If you are using a resource heavy desktop like Gnome, give KDE a chance.

Finally, if you enjoy playing games, I can recommend GOG. GOG, stands for Good Old Games and it’s a platform like Steam where you can buy games. GOG are against things like DRM meaning which means you don’t even need the launcher to play any game that you purchase from them. GOG has also created patches for multiple classic titles to get them from being unplayable to running fantastic on a modern PC. If you want to support a company that fights anti-consumer practices and keeps old classics working, try GOG.

I think that there are a lot of really great and exciting videogames that have been released in these last couple of weeks, but I would like to reflect on one of my all-time favorites for teenagers and young adults to play in their spare time: Red Dead Redemption 2.

This game unfortunately is 17+ only because of the mature subject matter and scenes depicted inside the game. However, once you look past that rather bothersome boundary you will be pleasantly surprised because the game is set in a recreation of the American Old West in the year 1899 where you are playing the fictional life of Arthur Morgan. When you start off you’re in the notorious Van der Linde gang. The game follows the gang's decline as they are pursued by lawmen, fellow gangs and the Pinkerton agents. In this massive open world game there are many other paths and or opportunities to explore the gargantuan map with plenty of side quest and other objectives to spend countless hours pursuing.

I really want to recommend this place for you: It is called Marble Slab Creamery. Actually, I think you know about this place already. So, I want you to introduce you to the best item on the menu: The “Willy Wonka” is chocolate ice cream mixed with chocolate pieces and chocolate syrup on a waffle cone. I order it in a large size, and of course it is expensive (it’s like 8 dollars), but it is worth it. You should try it at least once.

Next is my favourite pizza house, Andy’s Pizza. The first time I ate there, it was so delicious that I couldn’t forget the taste. Two slices of pizza and pop cost $3.50. You should try it!

Do you have exceptional taste? Do you love books, movies, and music? Would you like to be involved with the library, gain valuable resume experience, AND earn volunteer hours? It’s not too late to join the Teen Tastemakers! Join us at our next meetup: Monday, December 16th from 6:30-8:00pm at Idea Exchange Preston (435 King St E).