Welcome to 2020! The Teen Tastemakers have some great recommendations to start your year off right:

Grosse Pointe Blank and Barry (Available at Idea Exchange): In 90s flick Grosse Pointe Blank, John Cusack plays a disillusioned hitman who goes to his high school reunion with a scene-stealing performance from Joan Cusack as his secretary. In current tv show Barry, Bill Hader plays a disillusioned hitman who decides to become an actor with a scene-stealing performance from Chechen mobster NoHo Hank, played by Anthony Carrigan. Sound familiar? Both have witty dialogue, awesome leads, and are definitely worth your time.

Paris is Burning and Pose (Available on FX Canada): The first was a documentary chronicling the lives of various New Yorkers involved in the ball culture of the 80s and 90s, the second is a fictional look at those same people. Both are critically acclaimed, and both guarantee thought-provoking entertainment,

Groundhog Day (Available at the Idea Exchange) and Russian Doll (Available on Netflix): Many movies and tv shows reuse the Groundhog Day’s concept of someone doomed to relive each day over and over again, but the current tv show created by and starring Natasha Lyonne seems to rise above the rest. 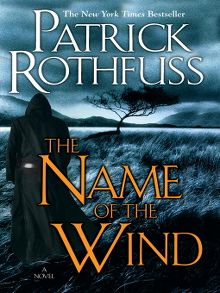 Now that the holiday season is coming up, here are a list of books all at least 500 pages long, perfect for devouring while staying indoors this winter.

The Priory of the Orange Tree, coming in at 848 pages, is a fantasy epic featuring a large cast of characters, intricate plotting, and amazing worldbuilding. The large page count only adds more and more the story, and this novel is certain to be appreciated by any fan of high fantasy.

The Name of the Wind, another fantasy novel, is 662 pages, and chronicles the youth of notorious wizard Kvothe. Though this novel starts out serious and somewhat depressing, it quickly gains charm and dazzle, and you’ll love Kvothe’s character, as well as his frequent shenanigans and escapades.

The Final Empire, yet another fantasy, is the shortest on the list, at 541 pages. The appeal of this novel is the totally unique magic system based around different types of metal, and it’s woven seamlessly into the fabric of the world.

It’s always great to discover new music artists, so today I’m going to recommend my favourite: Owl City! His real name is Adam Young, and you may already know him as “the Fireflies guy”, but trust me, he’s done so much more than just that! Here are some of my favourite songs of his (how can I choose just one?), as well as the albums they’re from and some of my favourite lyrics from each one!

“If you cut me I suppose I would bleed the colors of the evening stars.”

“I forget the last time I felt brave, I just recall insecurity. 'Cause it came down like a tidal wave, and sorrow swept over me.”

Galaxies – All Things Bright and Beautiful

“Dear God, I was terribly lost when the galaxies crossed and the sun went dark. But dear God, you're the only North Star I would follow this far.”

“And you'll find there'll be mornings when the ashes and embers are cold. But you'll fight with a passion, and you'll never stop ‘cause you know, yeah you know it gets better, and your story is yet to be told.”

“It feels like I'm a lone survivor, forgotten in a dark and deadly world. And on my own I walk alone. To see the sun again I'd give anything.”

“’Hey, there is more to me than meets the eye. Let me be who I wanna be.’ And I’d say ‘Hey, I'm an oddity and that's alright. Let me fly and follow my dreams.’”

Spend time relaxing, go to the middle of nowhere, and do unexpected things and anything else that feels satisfying: that’s traveling.

For example, visit a mountain. When you climb, it’s harsh on your body and sometimes you want to quit. But when I’m climbing, my friend and I are competitive because we don’t want to lose to each other. You will share things with your mate like drinking water and sharing snacks when you’re tired. When you get to the top, you will never forget that moment.

My definition of travel is relaxing, intense joy, and unforgettable moments. So, I recommend to you to travel so that you can relax and help yourself.

Do you have exceptional taste? Do you love books, movies, and music? Would you like to be involved with the library, gain valuable resume experience, AND earn volunteer hours? It’s not too late to join the Teen Tastemakers! Join us at our next meetup: Monday, January 13th from 6:30-8:00pm at Idea Exchange Preston (435 King St E).