Whether you’re looking for something to enjoy during the warm spring days or the chilly spring evenings, the Teen Tastemakers have you covered. Read on for our May recommendations:

It’s Spring! And there’s nothing like sitting by a sunny window, listening to the birds sing, and reading a good book. Here are some books I recommend: 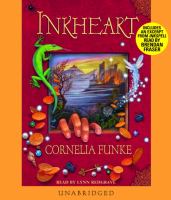 Divergent by Veronica Roth: “Divergent” is a very well written book! It is written in present tense, which took me a while to get used to, but once you do, it’s a very enjoyable book. Tris is a 16-year-old girl who is soon approaching the time when she will have to choose her faction. And once she chooses, she will be stuck with that choice for the rest of her life.

Percy Jackson and the Olympians: Okay, yes, these books are aimed at 12-year-olds, but even if you’re older than that, it’s still a great series! I keep rereading these books, because they’re just so good! You won’t be able to put them down. Percy Jackson is a normal 12-year-old… sort of. Truth be told, he’s the son of a Greek Olympian, and his life is about to change forever.

The Kill Order: This is the prequel to “The Maze Runner,” but if you haven’t read the “Maze Runner” books yet, don’t worry, it doesn’t spoil too much. It does remove some of the mystery of the other books, but if you really want to read it, I wouldn’t worry.

Inkheart: Even though it’s been a while since I’ve read this book, it is still one of the most well written books I’ve ever read! Mo has a peculiar ability: he can draw people and things out of books just my reading aloud. This ability begins to cause problems for him and his daughter though, after his wife disappears because of it.

The Darkest Minds: “The Darkest Minds” does have some more language than the other books I’ve recommended, but nevertheless it is a great book. The main character is also very realistic and relatable. Ruby has abilities. Most kids do now though. Those who don’t… well they’re dead now. And those who survived now live in “rehabilitation camps,” or live on the run. Ruby has lived in a rehabilitation camp for the last six years, and now she’s on the run.

On April 11th to 15th, fans of all types gathered in Chicago for the annual Star Wars celebration. It’s a highly anticipated event, when most new information is released. For starters, a new trailer for Episode IX, or The Rise of Skywalker. It shows the heroine Rey training on a desert planet with her friends Finn and Poe, as well as Kylo Ren fighting Resistance soldiers. Billy Dee Williams is back as Han Solo’s old friend Lando Calrissian, and the last shot of the trailer is the Death Star wreckage, as Emperor Palpatine’s evil laugh echoes into space.

And that’s not all - A new trailer for season seven of the animated series The Clone Wars was also released, centering on Anakin Skywalker’s former padawan Ahsoka Tano as she struggles to survive in the lower levels of Coruscant. Even Darth Maul makes an appearance at the end!

Though Episode IX: The Rise of Skywalker will not be released until December, and the Clone Wars season seven doesn’t have a release date yet, that doesn’t mean you can’t continue to enjoy Star Wars. Maybe try re-watching the films, available on the Idea Exchange website, or reading some of the Legends universe comics and books.

Until next time, may the Force be with you!

With all of the hype around the new Marvel TV shows coming out soon, let’s take a look back at some of the best TV shows based on movies.

Fargo: The critically acclaimed movie starred Frances McDormand as a police chief in Minnesota investigating murders, and the similarly acclaimed TV show stars Martin Freeman as an insurance salesman in the same universe. It’s just as darkly funny and cool as the movie, and should definitely be checked out.

Buffy the Vampire Slayer: The original movie wasn’t that successful, but Joss Whedon took the premise and created one of the best TV shows of all time, about a valley girl who is called upon to kill vampires and other demons.

The Clone Wars: This animated series in the Star Wars universe features Anakin and his padawan, Ahsoka. It’s one of the lesser known Star Wars entities, but it still very fun and enjoyable – and is great for younger audiences.

The spring weather is finally upon us and this month I have picked a few pieces of music to share with everyone. The first piece is Beethoven’s Symphony no. 7, which I first heard in the new show The Umbrella Academy. After I heard it I went to Google and searched up a track list for the TV show and then listened to the full piece. You can borrow it from the library here.

The second piece of music I have picked is a rock song called Thunderstruck by the hit 80’s band AC/DC. And finally my last pick for music is the “It’s Always Sunny in Philadelphia” theme song, "Temptation Sensation" by Heinz Kiessling. I originally heard it when I watched the television series of the same name.

Do you have exceptional taste? Do you love books, movies, and music? Would you like to be involved with the library, gain valuable resume experience, AND earn volunteer hours? If you would like to join the Teen Tastemakers, please join us at one of our upcoming meetings.