With the temperature dropping, are you finding yourself spending more time stuck indoors? Fear not! The Teen Tastemakers have enough entertainment to keep you busy as you begin to hibernate this autumn. Read on for our recommendations:

With winter on its way, there’s nothing better than curling up with a good book. And what better than a new fantasy novel to pass the time? Here are some of my favourite fantasy novels, all of which are available in the Idea Exchange catalogue.

The Priory of the Orange Tree by Samantha Shannon: I recommend this book to everyone, and once you read it, you’ll see. It’s a sweeping fantasy epic, centered on four main characters. There’s Ead, who uses her position as a handmaiden to protect the Queen of Inys’s life, and Tané, who grapples with her lifelong desire to become a dragonrider, all while an ancient demon threatens to reawaken.

The Gilded Wolves by Roshani Chokshi: This book is technically set in 1800s Paris, but it features a complex magic system, and a gang of criminals and thieves hoping to uncover lost treasure and a chance at the lives they’d always wanted but had never been able to achieve. This book was released this year to acclaim, and for good reason. The characters and prose in this novel are both fantastic.

Girls of Paper and Fire by Natasha Ngan: This a fantasy novel inspired largely by Chinese mythology, focusing on Lei, a girl taken from her home to be the King's concubine. The characters in this book are all very complex and layered, especially Lei, who quickly starts to struggle with what she has to do to survive.

A lot of movies considered to be the best of all time have a slow pace, where not a lot happens. And I’m sure 2001: A Space Odyssey, Mulholland Drive, and others, are perfectly good movies but watching movies is about having fun. More specifically, it is about watching the craziest and funniest action movies you can find.

The Blues Brothers: Recently released from prison, Jake and his brother Elwood get their blues band back together to raise money to save the orphanage where they were raised, while being chased by police, Nazis, and Carrie Fisher. The whole movie is hilarious, with awesome musical numbers starring everyone from Ray Charles to Aretha Franklin. The last twenty minutes or so is basically the best, most insane car chase of all time.

Hot Fuzz: Sergeant Nicholas Angel is such a good police officer, he’s making everyone in the Met look bad, so he’s transferred to the country where he uncovers a sinister plot along with police officer and best friend Danny Butterman. This is more of a parody or homage to classic action films – Point Break and Bad Boys II are two name-dropped movies – but is absolutely nuts with a climax full of payoffs from expert foreshadowing, intense gunfights, and the elderly wielding firearms.

Speed: Starring the action star of the 90s, Keanu Reeves, Speed is about a police officer trying to save the lives of everyone on a bus that will explode if it goes below 50mph. However nuts you’re thinking it is, it’s 200% more nuts than that. There are one-liners, car thefts, and so much more I don’t want to give away, so you’ll just have to watch it and see for yourself.

Who doesn’t love finishing their homework and sitting down to continue binging an amazing tv show? Very few people, I think! Here is a list of some awesome tv shows!

Star Trek: Discovery (Crave): Fans of anything Star Trek will love this series that came out in 2017. It has a lot of humour with what I can only describe as a modern feel, while still retaining that classic Star Trek vibe. You’ll get to see (mostly) new characters and their adventures which take place around ten years before those of The Original Series.

Granite Flats (BYU TV): One of my favourite underrated tv shows, Granite Flats only had three seasons. It’s an endearing show that you can watch with your whole family. Granite Flats is about three kids who take on the role of detectives in their quiet 1960s town, after finding a strange object that fell from the sky.

Agents of S.H.I.E.L.D. (Crave): This show takes place in the MCU, and was beautifully tied into the plot of the movies. With characters old and new, you’ll find yourself dying to binge-watch the whole thing at once!

The Flash (Netflix): Whether you’re a DC fan or not, this is a fun tv show to watch. The characters are hilarious, and no matter how absurd the plot gets, I still keep watching!

This month I played a variety of different videogames on the Wii-U and Xbox One consoles that I really enjoyed. The first game I enjoyed was called Mario Kart 8 that I borrowed from the Idea Exchange video games collection. I really enjoyed the fast-paced racing and next generation graphics that were very colorful and pleasing to look at. I would recommend Mario Kart 8 to anyone who likes a fast-paced multiplayer experience with the family or even just by yourself to relax and have a blast.

The second fun videogame title to explore is called Team Sonic Racing. Similar to the previous game Mario Kart 8, Team Sonic Racing or TSR is a super exciting and fun racing game that I again borrowed from the Idea Exchange collection that I really enjoyed playing with my friends online and my brother at home. In the game you play as a variety of different characters and play on numerous maps and have many fun game modes to choose from. 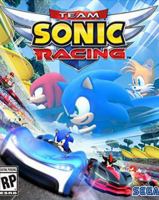 On the topic of Apps, an application I can highly recommend and I use daily is Firefox. The reason I use this browser is because it is privacy-focused. Firefox comes with built in blockers for trackers and crypto miners. If you want to you can install a cookie cleaner extension into Firefox to stop websites from tracking you with cookies. Also, you could install an adblocker like UBlock Origin into it and only enable on sites you don’t want to support. If you want an alternative to your current browser, try Firefox.

If you want an alternative to the Google search engine I highly recommend DuckDuckGo. DuckDuckGo is a search engine that does not filter any of your search results, and only shows you the most relevant information. DuckDuckGo also has an extension that checks websites and gives you a grade that tells you how secure a website is.

If you are interested in your online security, checkout Firefox and DuckDuckGo.

Looking for some music to enjoy? Here are some worthwhile albums and extended plays from the 2010s decade:

Melodrama by Lorde (2017): This album is just pure art. From the astonishing album cover art to the interesting music production, Lorde’s sophomore album truly deserves the recognition and acclaim it has received from a variety of music critics. The complexity of transition from being a teenager to adulthood is the main subject that this musical work particularly captured, which is indeed relatable for its target audience.

21 by Adele (2011): Have you ever wondered how it feels to have your heart broken? How it feels to lose someone you once thought would be the one with whom you end up? This is what Adele’s “21” rings to the heart of its listeners. The pain and agony of heartbreak was beautifully put into words and music by one of the best artists of this decade.

Top Pop, Vol. 1 by Pentatonix (2018): It is absolutely breathtaking how some musicians are able to create music just by using their own voice—no musical instruments and production needed! This particular album includes acapella covers of some of the best recent pop music such as: “Finesse” (Bruno Mars), “Praying” by Kesha, and “Attention” by Charlie Puth.

Perfectly Imperfect by Grace Vanderwaal (2016): America’s Got Talent Winner Grace Vanderwaal’s debut EP beautifully highlights this talented young star’s gift for music and songwriting. This EP has a message that the young audience can easily relate to and most of the melodies are very catchy and fun to sing along with. Its music takes us back into the carefree and euphoric state of our childhood. Some personal favorites include: “I Don’t Know My Name” and “Light the Sky.”

St. Vincent by St. Vincent (2014): Most of the songs in this album serve as the artist’s social commentary towards some of the most timely and relevant issues in the current-day society such as social media usage and politics. It is highly recommended to listen to this album in order to gain some insight and learn the artist’s perspectives towards current social issues. 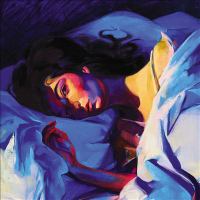 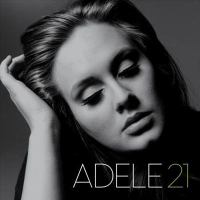 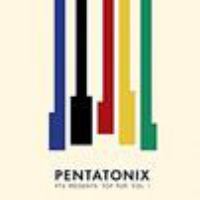 Do you have exceptional taste? Do you love books, movies, and music? Would you like to be involved with the library, gain valuable resume experience, AND earn volunteer hours? It’s not too late to join the Teen Tastemakers! Drop in at one of our upcoming meetings.