Summer is here! You made it! Whether you’re spending the summer relaxing or toiling away at a summer job, we have a ton of recommendations to keep you busy for the next couple of months: 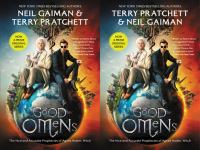 With 2019 already halfway through, let’s take a trip back through memory lane and look at the best shows of 2019 so far.

Good Omens: An adaptation of a Neil Gaiman and Terry Pratchett book about an angel and a demon (played by Michael Sheen and David Tennant, respectively) as they try to save the world after misplacing the Antichrist. The show stays close to the source material, and features high doses of both action and adventure, but also beautiful friendships. And if this hasn’t convinced you yet, the soundtrack is entirely Queen songs.

Killing Eve: The second season of this critically acclaimed drama aired early this year, and it was just as good, if not better, than the first season. Starring Sandra Oh as Eve, an MI6 agent, and Jodie Comer as Villanelle, the assassin she’s tracking down, it’s a masterclass on how to make a good show. In the second season, Villanelle becomes a freelancer, as Eve’s marriage disintegrates, and they both start grappling with how far they’ll go for each other. Spoiler alert? It’s far.

The Umbrella Academy: On the surface level, this adaptation of a Gerard Way (My Chemical Romance) comic book is a straight-up superhero tale as a family of superheroes try to stop the apocalypse. But, it quickly revealed itself to be a superb look at family and overcoming abuse and trauma. A second season has been confirmed, and with all of the main characters being so different, you’ll definitely find somebody to love.

There’s really nothing better than reading on the beach, is there? Plenty of sun, sand, and something to keep your attention occupied. That’s why I’ll be talking about some great mysteries and thrillers to read this summer.

The Girl on the Train: This book is very well-known, and as you can probably guess from the title, it’s about a woman named Rachel, who takes the train every day. But when she sees a seemingly happily married woman, Megan, in the arms of another man just before she goes missing, Rachel is drawn even further into the mystery. I liked that this novel uses the classic unreliable-narrator to add tension. Since the mystery was actually quite simple once you learned what really happened, it added another layer of tension and intrigue.

Gone Girl: Another popular one, Gone Girl is the story of a man, Nick Dunne, and how he’s accused of murder when his wife Amy goes missing the day of their anniversary. Again, another unreliable narrator. But what really made this book was the complex, toxic relationships between characters, and how they justified their own actions.

Where’d You Go, Bernadette?: This novel is about how a strange woman, Bernadette, after a series of events, disappears, and leaves her husband and daughter to track her down. Though I found it hard to sympathize with the characters, I loved the writing style. It was written largely as a series of documents, from emails to memos to texts, to relay the story, and it worked really well for this type of novel.

Some of us love sports, some of us hate them. Personally, I’m not very athletic. I feel even less athletic in the summer sometimes because of the heat. But there are a few things I’ve found that I really enjoy; they’re pretty great, even in the summer!

Gymnastics: If you’ve done gymnastics, you know what it’s like to fly. It’s different than most sports, but trust me, it requires just as much strength. It’s fun though, and you can learn so much, especially if you get the right coach. Plus, you’re indoors, so great for the summer!

Indoor rock climbing: When I go rock climbing, I’m not strapped into a harness or anything. You fall, but don’t worry, there is a huge mat under you! You have to get creative when you’re climbing, and not hold back. It’s painful, but so satisfying when you get to your destination! Also, indoor rock climbing is, well, indoors! Another great sport for the summer! To try your hand at rock climbing, join us at the Core Climbing Gym for Rock Climbing Day on August 7th.

Horseback riding: Alright, so this one isn’t necessarily indoors, but it doesn’t require any running around on your part. Don’t be fooled though, you’ll probably still be sore afterwards! You have to be aware of your whole body: eyes, arms, hands, core, legs, feet. Once you figure it out though, it becomes almost effortless. And interacting with the horse you’re riding is amazing. Horses are so smart and can be super sweet and gentle (and sometimes stubborn)!

These three sports are not what people typically think of when you say “sports”. But they’re sports nonetheless, and if you give them a try, you might find you love them. Maybe you’ll even love them because they’re so different.

There are plenty of events for teens coming up this summer. Whether you’re looking for volunteer hours or just to have fun, there are a variety of fun events coming in the next couple months.

The Cambridge Arts Festival is July 5th, showcasing some of Cambridge’s best artists. The following day, Forbes Park is hosting the Hespeler Music Festival, which is sure to have some great music.

The 27th of July is the Cambridge Multicultural Festival. At this festival, you can embrace your own culture or learn about someone else’s.

In August, the City of Cambridge hosts Rib Fest, an event where you can taste various smoked meats and vote on your favourite ribs. Idea Exchange hosts the Cambridge Comic Arts Festival at the Queen Square location on Saturday August 17th.

These are just some of the teen events coming up this summer. There will possibly be more pop-up events coming in the next few weeks.

This summer you should be watching a lot of movies on really hot days when it’s better that you stay inside and air-conditioned. The movie I would like to recommend you all for this month is called “First Man.”

The shocking and eye-opening recreation of Neil Armstrong’s historic journey to the lunar surface is truly magical. It is definitely worth it to watch with the whole family or just by yourself. Even if you’re not a huge space film fan there still is a lot more to the story than just space travel, with all the events leading up to and after the launch. It is a nail biting, edge-of-your-seat experience.

Dogs are beneficial to teens in all sorts of ways. I’ve been asking for a dog for a very long time, but my parents have never let me adopt one. Anyway, here are three ways dogs benefit a teenager’s everyday life:

In conclusion, dogs really do help teens through their journey through high school as they reduce stress, increase physical activity, and they will always be there for you. Even if you’re not a dog person, I hope that you’ve realized how much a dog can help a teenager’s life.

I like many kinds of music, like R&B, rap, reggae, ballad, OST. But I especially want to recommend ballad songs because there are a lot of messages in these songs. You will like them even more the more you listen. R&B has a lot of great ballads. It is not that difficult to listen to other kinds of songs too. Check out Idea Exchange’s Music page for recommendations.

Do you have exceptional taste? Do you love books, movies, and music? Would you like to be involved with the library, gain valuable resume experience, AND earn volunteer hours? If you are interested in joining the Teen Tastemakers you are welcome to join us at the Teen Tastemakers Trivia Night on July 15th. Regular meetings will resume in September. Have a great summer!