Do popular songs ever start to grate on your nerves? Are you tired of hearing about a certain Hollywood actor all the time? Is it time for the world to move on from a certain popular book series? The Teen Tastemakers are here to help. Read on for our list of pop culture hits that need to retire (and what we would recommend instead): 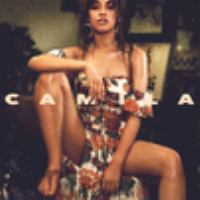 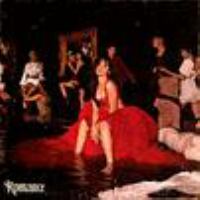 I’m an avid reader of science fiction and fantasy, and most of the time I enjoy what I read. This was not the case with Dune by Frank Herbert. Dune is a very popular space opera novel from 1965, centered around the noble Atreides family and their quest to rule the planet Arrakis. It spawned seven sequels, a widely-panned movie adaptation from David Lynch, and a new movie from Denis Villeneuve slated to come out later this year.

It is also, in my opinion, terrible. I’m no stranger to long books, or dry books, or confusing books, but Dune managed to combine all these elements into something that was nearly unreadable. With the new movie coming out, it’s time to say it: we need to move past Dune.

If you want to read a similarly political space opera science fiction novel, you should check out A Memory Called Empire by Arkady Martine. It deals with many of the same themes as Dune, like imperialism, war, and culture that is affected by those things, while being much more well-written and readable. The characters are actually interesting, and Martine is able to explain her worldbuilding and politics in a way other than pages and pages of exposition.

So if you like science fiction, don’t look to Dune before A Memory Called Empire.

Camila Cabello is an incredibly talented singer, and most people have probably heard her songs Havana and Señorita. While these songs aren't bad, they've been overplayed compared to some of her other songs that don't get as much radio play. So here are some underrated Camila Cabello songs if you're looking for something of hers you haven't already heard a million times.

Mainstream media gets on my nerves all the time. Why can’t popular things be good? Here are some of my least favourite mainstream things, and what you should check out instead.

Riverdale: This incomprehensible mess of a show might be fun to make fun of, but why waste your time when you could be enjoying true campy excellence? The 1975 classic film The Rocky Horror Picture Show is so much fun, with great music and hilarious performances from Tim Curry and Susan Sarandon.

Hamilton: Even if the songs are good, we don’t need a musical about how racist slave owners were actually great guys. But if rap’s your thing, why not try hip hop icons Salt ‘n’ Pepa? Songs like Whatta Man, Shoop, and Push It are catchy bops, plus the trio explores feminism in tracks like Let’s Talk About Sex, and None of Your Business.

Annie Hall: It is a good film, but why watch a sometimes-funny film starring an always annoying Woody Allen when you could watch an always funny and never annoying film like When Harry Met Sally? The foundational romantic comedy starring Meg Ryan and Billy Crystal has the same searching for romantic satisfaction and romanticization of New York as Annie Hall, but is actually good.

This year, everyone can be a Teen Tastemaker. Join the Virtual Teen Tastemakers program at http://ideaexchange.readsquared.com/. Review books, complete missions, and join us on Zoom to earn points toward some great monthly prizes!